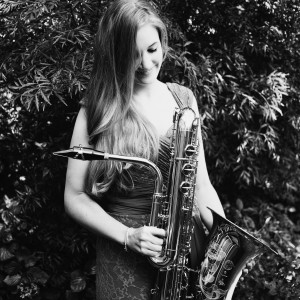 As a performer Marijkes’ activities are from an impressive versatility. She premiered several (solo) pieces including the Dutch premiere of Christian Lauba’s Worksong in attendance of the composer himself.

Marijke became a finalist in several international competitions like the TIM (Torneo Internazionale di Musica) in Verona, Italy, and the International Chamer Music Competition Osaka, Japan. With the last she won a fourth place and honorable mentions.

The SEM (Stichting Eigen Muziekinstrument) made it possible for her to buy her own baritone saxophone in the beginning of 2014 and in 2015 she won a donation from the ‘Prins Bernhard Cultuurfonds’.